NO to the Sächsilüten – prohibition initiative! 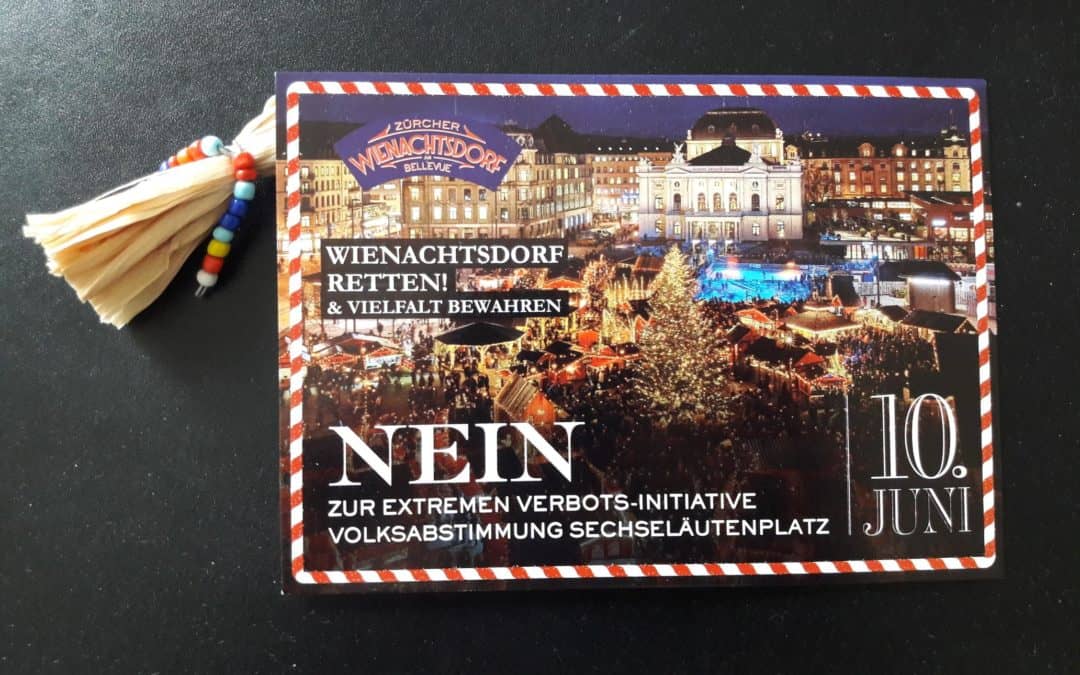 What does accepting the Saxon Cone Initiative mean for Ukuva?

This prohibition initiative plans that the Sächsilütenplatz, Zurich Stadelhofen should be empty on 300 days per year. This means that the most recent event on the coveted square – the Christmas Village would no longer take place.

It is a valuable Christmas event that stands for solidarity, for joy, fun and a social gathering.  The Christmas Village skilfully combines an international culinary world with art, singing and a pinch of sport – because where else can you skate in front of a beautiful backdrop? Last year it even had its own Christmas market for children!  Ukuva iAfrica is a part of it with its Christmas cottage. What would be the concrete consequence for Ukuva iAfrica if the Christmas Village was no longer there? Not only would I live from the Ukuva products that are advertised on the Sächsilütenplatz, but also all employees in South Africa would be affected! Less is sold, therefore there is less work in South Africa.

In addition, many visitors travel to Zurich to buy sauces and spices, because the Ukuva house has become established in recent years. People from many places in Switzerland now travel to the Christmas Village to shop at the Ukuva stand.

It would also affect all other market drivers. Quite a few of them sell fair trade products.

Dear city of Zurich, say NO to the ban initiative. With it you let the variety and with it fun, joy, play and sport live!